Will it MISS the bridge or do we call Superman? 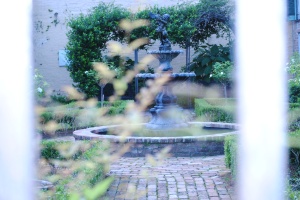 one of the many features on the New Orleans streets

My dream of seeing New Orleans started when I was 19. I would work for the summer in Florida and then travel to NO with my money saved.

It didn’t quite work out like that. The heat and humidity and my homesickness led me to cut short my American trip, So the dream slipped in to the back ground while I got on with life.

The location of the 2015 AFCC conference (Association of Family and Courts Conciliators) in No revived the dream and sparked my imagination.

It sounded too exotic to be true and the thrifty everyday working part of me grappled with the wanderlust and desire to feel a warm breeze in my face.

The warm breeze in my face won. I sourced flights via Boston and navigated the US booking system who confirmed my identity by making a deduction from my credit card and then asking me how much that was, before confirming my booking.

My adventure began when I took the shuttle into NO from the airport. We drove between two sides of a cemetery, like driving through a field of tombs. Death is part of the narrative in NO. The voodoo religion, the elaborate cemeteries reflect a connection with the next life that feeds into a frenzy of living life to the full while you are here in this world.

I stayed in an apartment on Frenchmen street, which turns out to be the liveliest all night street in NO. Our balcony overlooked the street and we sat late at night in the balmy heat, enjoying the jazz bands and funky reggae sounds emanating from the various pubs and hostelries.

On the first night, we joined a tour of the haunted houses of NO, guided by none other than a voodoo priestess. She escorted us around the older area of the city, the French Quarter, stopping outside houses where appalling murders had been carried out. She came to life describing the limbs cut off and the bloodbath found at the scene, leading to the haunting ever after of the building. She filled us in on the local history and brought us to one of the oldest pubs in NO, the Lafitte Blacksmith Bar where we treated ourselves to hurricanes, a rum based drink guaranteed to set us up for the night.

It certainly did and after the tour, we stood on the edge of the great Mississippi river and watched its unstoppable flow towards the Gulf of Mexico. A huge cargo ship made its way down towards the massive bridge spanning the river, and I insisted on waiting to see whether it would fit under it. The twin influences of Perspective and hurricane brew made me fear for the cars crossing the bridge and wondering should we tell Superman that he should be getting the in phone booth to change.

It all went fine though and we wandered on to find somewhere to eat. We interfaced with some young homeless men, lolling on a bench with a beautiful Siamese cat on a leash in front of them, curled up on top of an upturned mayo bucket.  Roisin needed very little encouragement to sit beside them and give her version of “Peggy Gordon”. Its hard to know who was more surprised, us or the young men. We were “treated” in return to a song relating the death of one of their friends in a fire in NO in 2009. The chorus contained the very eloquent and touching phrase “f—k the f——g firemen”. We didn’t know whether to laugh or cry.

On to the Oyster House for a mouth watering  meal of southern dishes – shrimp and chicken “homerun” on a bed of fluffy white rice – oh yeah!

Chuck had a full plate of oysters which he generously shared and Roisin had the “enormous plate” and “this is supposed to be a starter “  experience that everyone gets when they come to the States for a holiday.

Once we left the Oyster Bar, the balmy heat gave way to a cooling breeze and we felt really at one with the world.

Wandering down Frenchmen street fed our musical souls as we sampled rock, reggae and jazz in an atmosphere of friendly hedonism. Dancing, smiling and laughing we made it home after 2 , but were up again next day at 7. We clocked into the conference schedule , experiencing the streetcars and wandering through the French Market on the way to the business district where the Hilton is.

My two days in NO lived up to my expectations and beyond. Knowing the recent struggle the city has had with flooding and Katrina, its soul and verve and vibrancy defy the elements. The sense of history  lives alongside an intense awareness of the present and the need to grasp every moment.

Even after all the years of suspending my dream of going to NO, the very reasons I wanted to go in the first place rang true for me. How could I have shelved it for so long? To make up, I plan to go back at the very next opportunity.

Such a cool cat!

Such a cool cat!

so many amazing buildings in New Orleans

This site uses Akismet to reduce spam. Learn how your comment data is processed.