It’s never too late, no matter what they say about old dogs.

The first time I took out my boat, I was a nervous wreck, eventhough I had two friends to crew with me. I sat drinking coffee looking over the jetty, while a Swiss couple encouraged me.

-you will take it out yourself soon-

This was the farthest thing from my mind as I noticed my two friends arriving, coolbags in tow.

I nervously introduced everyone and then we abruptly left, the Swiss insisting on standing me the coffee. I tried and failed to relax as we settled on to the boat, and I went through the written out procedure for starting the engine. The throttle was slow to respond, so the rope holding the bow had well and truly sank by the time we moved for ward. I inched out of the berth and past the hundreds of assorted boats, power boats, sailboats and then the superyachts, tied up at the farthest jetty.

The adrenaline was pumping until we got out into the bay and I was able to take a deep breath. We put out a fishing line and caught a tuna first time, the only one of the summer,as it turned out.

The following week, I was swept along by my friend from Dublin, let’s call her the Dynamo, who showed me the ropes , literally. We sailed the channel from Kassiopi to Benitses, until , passing Corfu town, I said to her- let me take down the sails and steer. I pointed the boat into the wind and when the sails were in and we were motoring up the channel again, I glanced at the Dynamo. She was smiling from ear to ear with satisfaction at her pupil doing so well.

So the seeds were set. The day the Dynamo left, my eyes scanned the marina to add to the stash of enthusiastic crew. I noticed a sailor heading out on his own, standing tall at the back of his 34′ yacht, so I interrupted his meditations at the bow of his boat one day and asked him how he learned to sail alone.

He’s a man of few words, and with a strong South African accent he said- Next time I go to Sayada, you come with me in your boat.-

And so, the following week, I was given an hour’s notice, to leave on a trip south. I stocked up on food, water and for the first time, I slipped my lines myself. 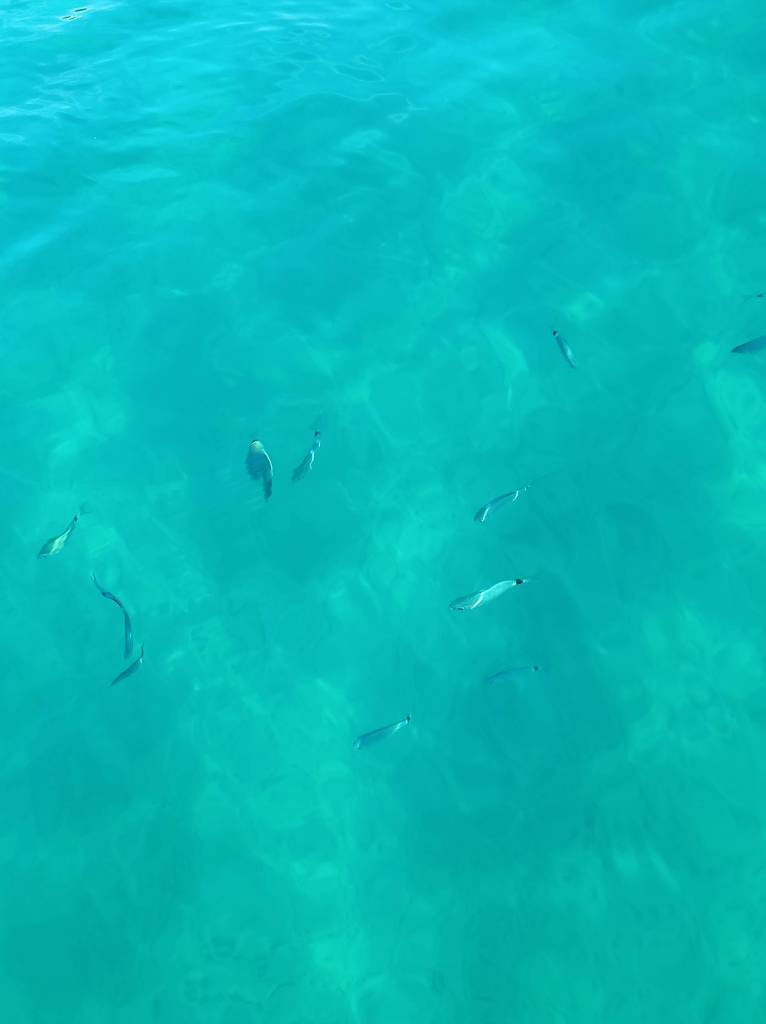 The fish that were follwing me…